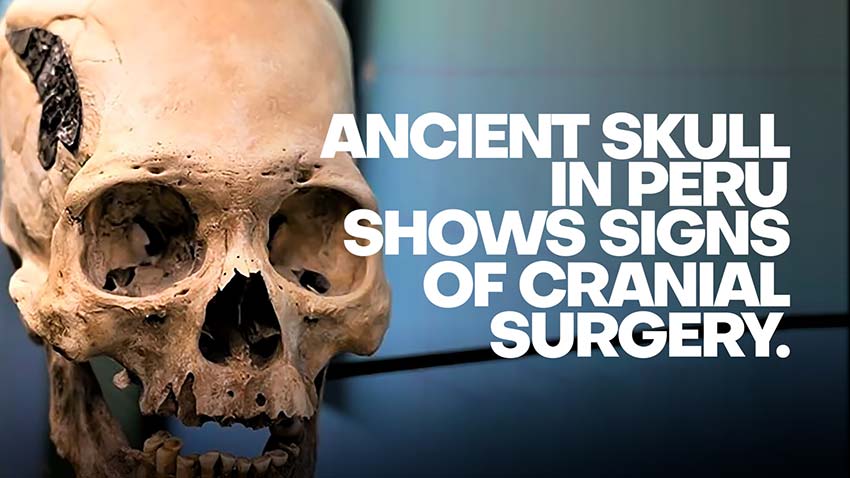 An elongated, conical skull is found in Peru, with a metal implant, and it is believed that it could be an ancient surgical implant.

The strange elongated shape of the skull is not uncommon to the region as Peruvians in ancient times were known to press children’s heads with ribbons during development to achieve the distinctive shape. The skull was donated to the Museum of Osteology in Oklahoma City.

However, the metal implant in this skull is very unusual and, if authentic, would potentially be a unique find from the ancient Andean world.

Additionally, the skull has a hole under the metal that was probably created by trepanation. Trepanation is a hole made in a person’s skull in an attempt to heal an injury or medical condition, and this was common practice in the ancient world.

This new study focuses on trepanation in ancient Peru. The study is published in theInternational Journal of Osteoarchaeology Volume 22, Issue 3.