In the present time, hospital-associated nosocomial infections are rapidly spreading across the world. The clinicians have identified Enterococcus faecium as a commonly found pathogen among immunocompromised patients resulting in multiple infections, especially at surgical sites. The study published in The Journal of Infection in Developing Countries aimed to understand the epidemiological and biological characteristics of VREfm isolated in Algeria.

The resistance against VRE emerged globally during the 1980s mainly due to E. Faecium; however, its first strain was identified in 2010 in Algeria. Nabila Benamrouche, the lead author reported, “this pathogen is remarkably resistant to the antibiotics and can survive in harsh conditions as well. Thus, it limits the therapeutic options for treating serious and life-threatening infections.”

The research team collected around 48 VREfm from Algerian hospitals during the period 2010 to 2017 to measure the minimum inhibitory concentration of bacteremia.The team discovered, “the isolates extracted from the samples were multidrug-resistant to all the five classes of the antibiotics. Among these listed antibiotics, tigecycline and daptomycin showed MIC 0.094 µg/mL and 2 µg/mL, respectively. In addition,  all the strains isolated presented a high resistance against vancomycin and teicoplanin.”

The previous investigation of the Algerian Antimicrobial Resistance Network (AARN) from 2014 to 2017 demonstrated a rise in VREfm from 7.1% to 16%. It was observed that the strain’s genome plasticity is considered a  major threat to the population as it rapidly mutates and adapts within the hospital environment. Thus, the high virulency increases the risk for epidemic potential.

The author concluded,  “the rising number of cases indicates rapid dissemination of MDR E. faeciumvan A and resistant ST80/CC17 genome sequence in Algeria. This is an alarming situation for the country; hence, rationalization of vancomycin use is essential for early infection control along with screening programs and preventive measures.” 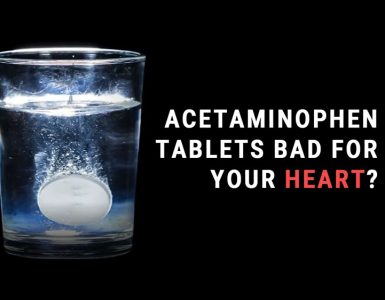 Doctors have warned that people should try to avoid taking dissolving, fizzy paracetamol that contains salt, following findings from a large study that shows a link with a significantly increased risk of heart attacks...